Welcome to The RAM

A curated online market full of items from selected regional artists, tailored to be reflective of the moment. We are starting small and focusing for now entirely on functional items and artwork meant to comfort and inspire. A core part of RAM is supporting artists to empower artists to make functional items that build their capacity for earned income and economic resilience. RAM artists receive a full 70% of every sale. This means, when you purchase from RAM, you are directly supporting artists and vibrant creative communities. Browse through our collection of handmade masks, scarves, bags, cards, prints, and apparel and help empower regional artists with your purchase. Happy shopping!

About the Artist:
Hector Silva is a self-taught artist based in Los Angeles who has been producing work for more than thirty years. Born in in 1955 in Ocotlan, Jalisco, Mexico, he moved to the United States at the age of 17. He began drawing in his late 20s when he discovered his own talent. Today, Hector’s work is collected internationally, and has received acclaim in the US and abroad.

Living in Los Angeles with its rich Latino/Chicano culture, Hector draws from the Latino tradition. Among his influences are religious iconography, Frida Kahlo, M. C. Escher, and Chicano prison art. Hector explores themes of cultural identities, eroticism and beauty. His mastery of light and shadow on skin is captured on paper with pencil.

A R T I S T’ S S T A T E M E N T
“If no one’s trying to censor you, then you’re probably not doing anything that important.”
I explore themes of cultural identity, because as Latinos, we are often erased from the social portrait. and then when you add being queer to that, we can really disappear. But I also think that the “positive image” strategy can be a trap, and as an artist, I feel responsible for showing art that is not only beautiful but truthful. 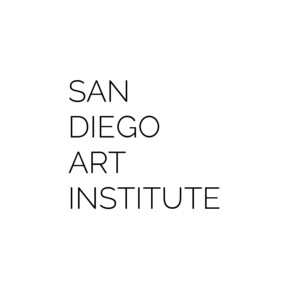 RAM is a new program of the San Diego Art Institute, launched in response to the impact of COVID-19 on creative industries.

As the only contemporary cultural institution in Balboa Park, the San Diego Art Institute (SDAI) nurtures the creation of groundbreaking art by providing a dedicated exhibition space for the artistic talent that resides in Southern California and Northern Baja to collaborate, exhibit, and thrive.

Through high quality, interactive programming, educational initiatives, and exhibitions, SDAI promotes cultural equity and artistic enrichment within our community and enables diverse audiences to interact with art and artists in meaningful ways.

RAM’s debut was made possible through a grant from U.S. Bank.